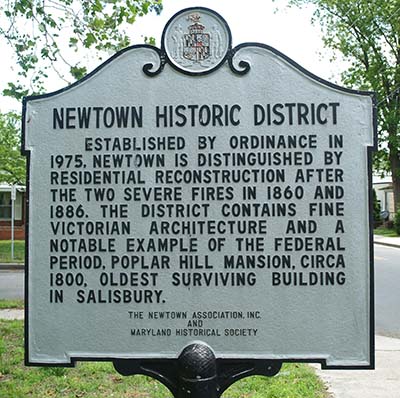 Four months later, a fire wiped out virtually all of the original town.  Some of the buildings that bordered the town escaped—on Broad Street, Newtown’s southern boundary, Park Hall (115 Broad Street) built by General Humphrey Humphreys in 1856  and the John Wesley M. E. Church, (321 Broad Street) built 1838 (renovated in 1880 and today known as the Charles H. Chipman Cultural Center) are notable. Rebuilding Salisbury was hampered when the Civil War began the year after the fire. Salisbury became a major camp for Union troops on the Eastern Shore. 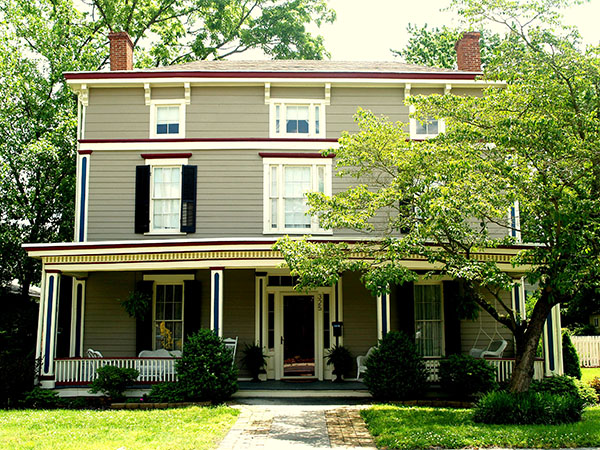 With the end of the war, the rebuilding of Salisbury was completed and the town became the seat of Wicomico County, fashioned from parts of Somerset and Worcester counties.  Rail service expanded, and the town saw new prosperity.  Newtown by now was dotted with houses. Surviving examples include the Dr. Cathell Humphreys House (1860-70)  at 325 N. Division and the Alexander D. Toadvine House (1873) at 105 E. Isabella. 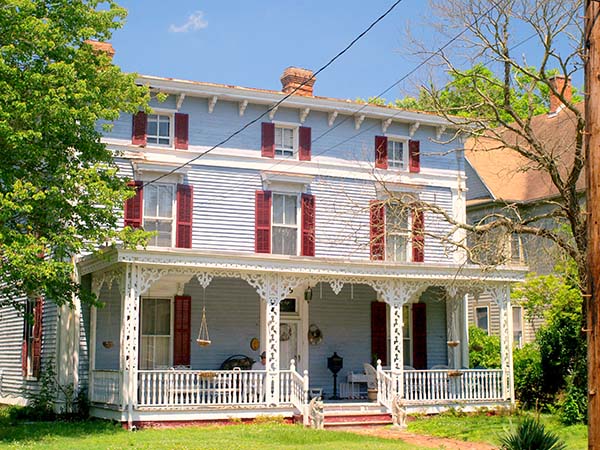 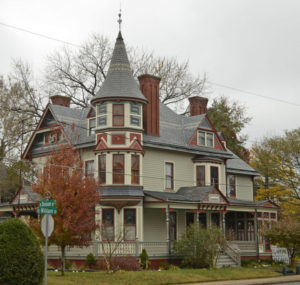 In the years between the 1886 fire and onset of the Great Depression, Newtown became, along with the Camden area, the neighborhood in which Salisbury’s elite lived.  Income from lumber, seafood and produce packing, hardware, and clothing manufacturing paid for houses built in Italianate, Greek Revival, Queen Anne and Colonial Revival styles. The Gillis-Grier house,* an 1897 Queen Anne, is on the National Register. Built about the same time nearby on Gay Street is the mansard-roofed Perry-Cooper House.* 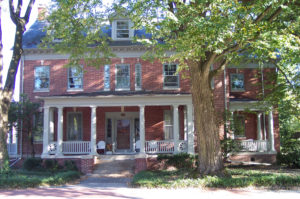 On Division Street, the Grier-Lawry House, another 1897 Queen Anne, incorporates the c. 1828 Federal-style Hooper house as its rear wing. Next to it, the Dulaney House (c. 1921) is a Colonial Revival built by Dr. Edgar W. Smith and purchased in 1970 by a member of a local family who prospered as purveyors of canned and frozen produce.

Further up Division, on the corner of Isabella, the Dickerson house, a massive Colonial Revival meticulously built with pressed brick laid in narrow butter joints, was erected in 1912. Newtown is full of wonderful houses that reward a visitor on foot with an eye for architecture. 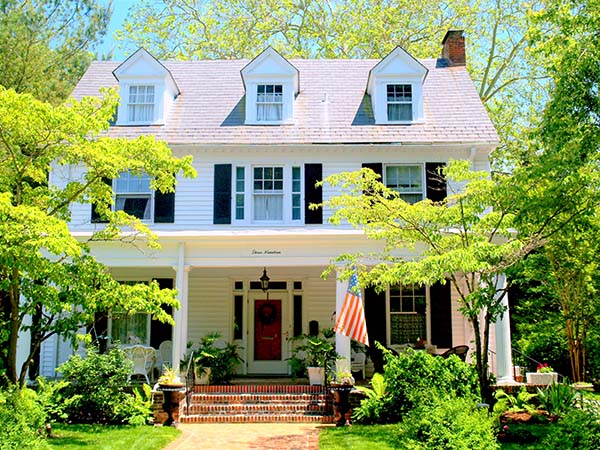 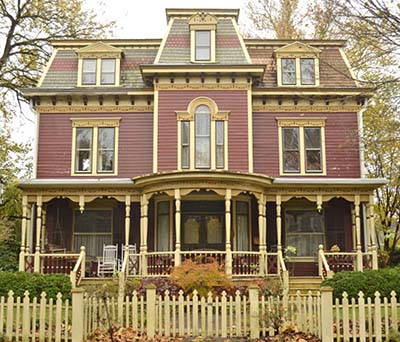 *These houses are listed on the National Register of Historic Places